Is there a limit to how far advancement may be made? Is there a time at which the world’s capacity will be exhausted? Is it possible that we shall get to the point where we will see a new world in front of us? It’s so new that it’ll alter our sense of ourselves.

We are accustomed to development in the form of new gadgets. In 2007, we thought that photographs taken with a 2-megapixel camera were fantastic, that filling up 16 GB of memory was nearly impossible, and that 128 MB of RAM was plenty for a seamless smartphone experience.

Few people realize that in just 11 years i.e.in 2018, our pocket companions’ computational capacity has increased by many, many times, not simply by 10% or 20%.

People assumed that device evolution was unavoidable. However, we are not used to the concept that humans have their own evolutionary past. Imagine how our Lord, or some alien, or the galaxy itself, is thinking about the new lineup. 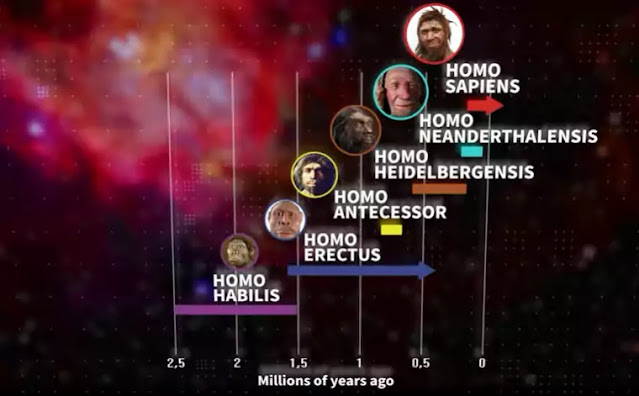 First, the creator released the Homo habilis model. The designer then created a succession of revisions, including homo Erectus, homo antecessor, homo heidelbergensis, brother neanderthal, and ultimately you, homo sapiens, the final form. And the homo sapiens, who proudly refer to themselves as the “Crown of Creation,” have no idea that there might be another model on the horizon.

That they, too, will be updated one day. It used to take hundreds of thousands of years to advance to the next level. And people weren’t used to thinking about what happened before they were born, much less what would happen when they died. Isn’t it true that you only live for today?

And I am confident that those born in the year 2000 will see the evolution of Homo sapiens into Homo digital. The end of the world is approaching. The majority of people assume that tomorrow will be the same as today.

The idea that progress is linear is widely held. That the current rate of progress will be maintained in the future. In fact, though, advancement is exponential. Hang tight if you’re more of a humanities guy; I’ll explain it better later. 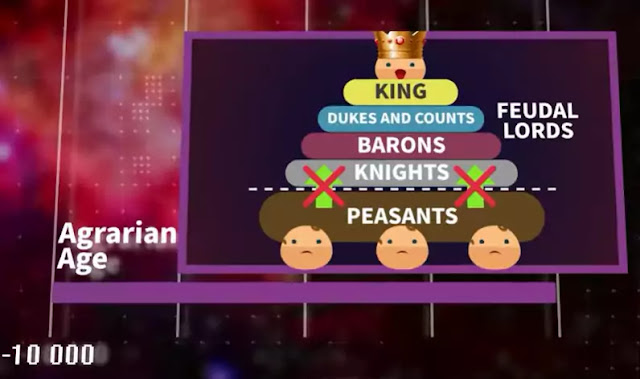 The man started the agrarian revolution 12000 years ago. We concluded back then that all human nature is subject to a rigorous hierarchy: there is a king – the anointed of God – at the top, and his peasants at the bottom.

People couldn’t migrate from caste to caste because everything was based on whose family they belonged to, therefore the majority of people cultivated the ground. They had only ever seen their village in their lives.

For several generations, they ate what they grew and lived in huge families. At home, the children were educated and treated. People swapped ownership between different rulers from time to time throughout the elite wars.

People at the time assumed that this would always be the case. Until recently, that was how we lived. In fact, the agricultural age came to an end not long ago. 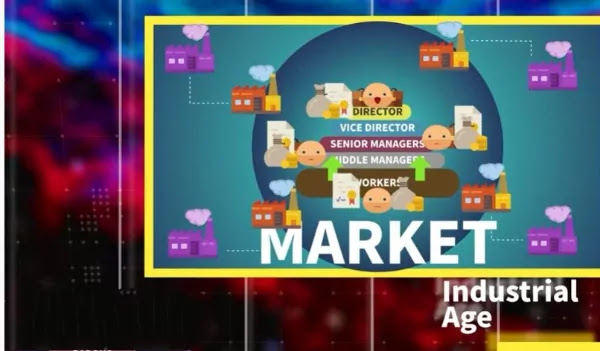 Around 300 years ago, a new age dawned. It was known as the Industrial Revolution. Contracts took the role of feudal ownership. Human nature had drastically changed. People might now advance up the social ladder based on their abilities rather than their family.

Over time, a person may be able to negotiate a better contract. They were paid with money rather than veggies and meat for their labor. The market, which had previously been an uncommon occurrence, had now become a requirement for industrialization.

There were built production facilities that were tens of kilometers distant and interdependent on one another. Institutions took over family issues to allow people to join in the new economy and undertake industrial work: kindergartens, schools, hospitals, road services, and television arrived.

All of those institutions followed the factory routine: they were open at the same times and for the same reason: to allow people to work in factories. Even the best TV shows were shown at specific hours, known as prime times, to allow millions of employees to unwind on millions of sofas.

Having a large family proved to be costly and burdensome, thus aged homes were established for the elderly. The once-large rural family was reduced to only a few children and parents, resulting in the formation of a “nuclear family.”

Villagers went to cities in search of better-paying contracts. Then came the 1980s, when personal computers were introduced into households, erasing the limits of industrialization. Many people nowadays don’t work according to a 9 to 5 schedule; instead, they work at their own pace.

They are no longer associated with cities or even countries. They aren’t taught by their grandmothers – if you’re still listening to your grandmother’s sermons, hit the like button – and their mentor isn’t a manufacturing foreman, but a professional who may live on another continent.

The majority of knowledge is now available on the Internet, and barriers are being dismantled. The first era lasted about 12000 years, whereas the second lasted only 300.

Now the third era – the era of an information man 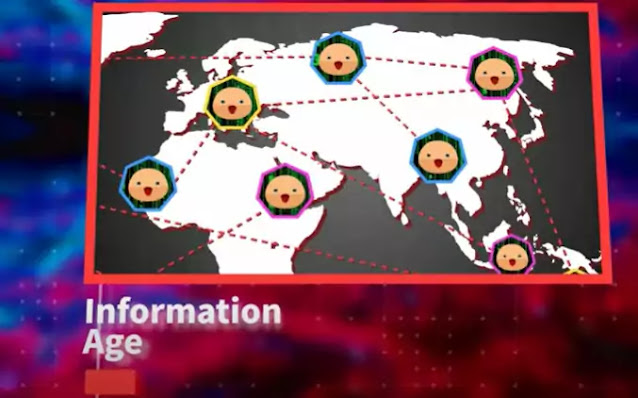 This transformation occurs in different ways around the world, in different cities, and at varying speeds for different people. However, while you may still have an industrial mindset, you may not notice how your peers advance to the next level.

What causes this to happen? 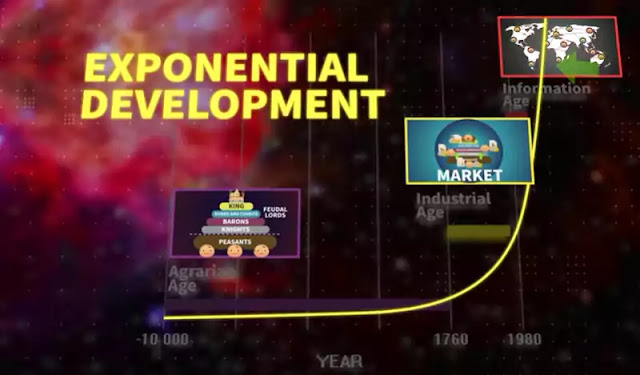 I’d like to thank one of my colleagues for assisting me in shedding some light on this topic. Take a hard look at the graph that results. In the initial stage, we spent a lot of time. Then we moved on to the second step, and how much faster did we go through it? How about 40 times? The third stage will be completed even more quickly.

And now for the truly mind-blowing section. This pattern may be seen in almost anything. Inherently, all progress is exponential. We discussed the forebears of Homo sapiens at the outset. Take a look at this. 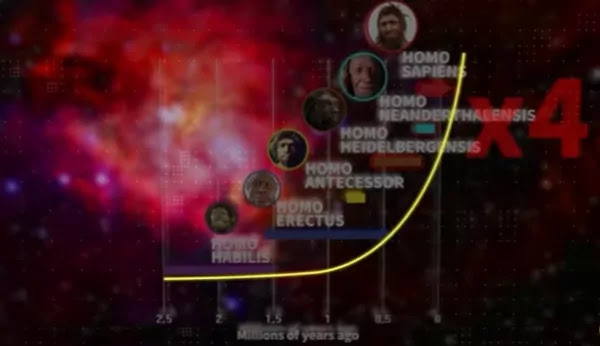 Have you seen the graph? Over 2 million years ago, there were three sorts of man, and the subsequent three cardinal modifications happened four times faster. However, it appears that the image is missing certain key features… I concur. Let’s take it a step further… To the very start of life.

Mammals were walking the Earth 113 million years later. Primates first appeared 49 million years ago… Each major stage went by significantly faster than the one before it.

The appearance of man’s ancestors, stone tools, languages, and the man himself required less and less time. Here’s the strong agrarian revolution we mentioned earlier… Do you feel fantastic and distinctive right now? All of the inventions that we are aware of occurred… well, you could say yesterday.

The wheel, for example, was invented roughly 5000 years ago. We invented towns, typography, industry, telephones, electricity, and computers after the wheel. In comparison to the existence of life, the wheel is a highly fashionable and new innovation. 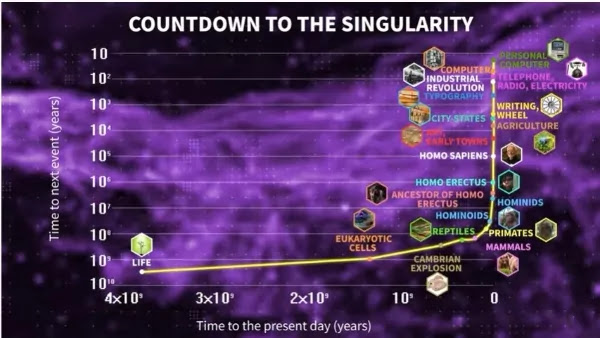 We don’t have much room on the graph, so let’s throw in some smartphones. As well as self-driving cars. The most fascinating aspect of progress is that it has its own formula.

Do you know what is behind it?

Moore’s Law is what it’s named. Gordon Moore observed an intriguing pattern in 1965. Every two years, the microcircuits’ capacity was increased. That was the rate at which the number of transistors on a chip was expanding.

It occurred as a result of the exponential shrinking of transistor sizes. At the same time, computing was becoming less expensive. In 1949, for $1,000, you could purchase a gadget that could execute one computation every second.

For the same money, a machine could perform 133 million times more calculations in 50 years. It’s the year 1998, and we’re talking about it. One thing is clear: development does not happen in a linear fashion, but rather exponentially.

Whether it’s a natural evolution, a change in human behavior, or a change in computing. After bending the line, an explosion happens which leads us into a new world. Some say there is a technological singularity ahead. That there will be the time when man creates machines that can build other machines.

Then progress will rush at such a speed and be so complex that people will not be able to understand it. And then the question arises – if the driving force of progress is passed on to another species, will there be a place for a man? What do you think human life will look like in the near future? Will the human consciousness merge with the machine, or will it stay relatively the same?