El Salvador became the first country to recognize Bitcoin as a legal tender in June 2021. Bitcoin is a cryptocurrency that may be used to pay for goods and services.

Bitcoin may easily be accepted by an online business by adding it to its existing payment options, such as Credit cards, Debit cards, PayPal, and so on.

The first cryptocurrency, Bitcoin, was introduced in 2009. It makes use of peer-to-peer lending, which means that a person trades with another person and must agree on the transaction’s conditions on their own.

Bitcoin was created with the intention of eliminating the need for a middleman in the payment of goods and services. The creator of Bitcoin is unknown and goes by a fake name Satoshi Nakamoto is a fictitious name used by the founder of Bitcoin.

Satoshi Nakamoto, a pseudonymous individual who explained the concept in a white paper in 2008, is the creator of Bitcoin. Despite the efforts of journalists and members of the crypto community, Bitcoin’s pseudonymous creator remains unknown.

Bitcoin is a brand-new type of worldwide payment system. It, like MasterCard and PayPal, enables electronic money transfers. However, Bitcoin differs from these traditional payment networks in two significant respects.

The Bitcoin network, for starters, is completely decentralized. MasterCard Inc. owns and operates the MasterCard network. However, Bitcoin Inc. does not exist. Rather, Bitcoin transactions are processed peer-to-peer by thousands of computers all over the world.

MasterCard and PayPal use traditional currencies like the US dollar to make payments. The Bitcoin network, on the other hand, has its own monetary unit, the bitcoin. The value of one bitcoin changes in relation to other currencies in the same way that the value of the euro fluctuates in relation to the dollar.

In contrast to government-issued currency. There are no physical bitcoins; instead, balances are held on a public ledger that everyone can see and that is validated by a tremendous amount of processing power, just like all Bitcoin transactions. Mining is the process of verifying all Bitcoin transactions with a tremendous amount of computational power.

How Does Bitcoin Work?

The Bitcoin system is made up of a network of computers called Nodes or Miners that run Bitcoin’s code and store its blockchain. A blockchain is a collection of linked blocks.

Each block contains a set of transactions. No one can cheat the system because all computers running the blockchain have the same list of blocks and transactions and can see these new blocks as they’re filled with new Bitcoin transactions in real-time.

So this is where blockchain comes in. Once a ledger reaches a certain size, or in other words, when it reaches a maximum amount of transactions, it will be stored in a block. And the next transactions will then be stored on a new ledger. 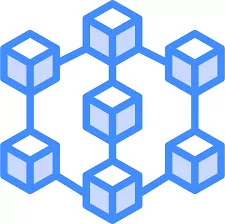 And once that ledger is filled up, it will be stored in another block. And every block is linked together, forming a blockchain. This process will be continuous. As more transactions happen, more blocks will be created and linked to the previous blocks. This creates blockchain networks.

How does Bitcoin mining work?

Bitcoin mining is the process of releasing Bitcoin into circulation. As we talked about  Bitcoin uses blockchain. And we know that each block contains a series of transactions. It is the role of the miner to verify these transactions.

In general, mining entails solving computationally challenging puzzles in order to discover a new block, which is then added to the blockchain.

The process of adding and verifying transaction records across the Bitcoin network is known as bitcoin mining. Bitcoin miners are rewarded for their efforts.

You may say you can counterfeit that one-dollar bill and use it twice to buy candy, but that is not exactly the same as using the same dollar twice. With digital currency like bitcoin, owners can duplicate it.

Meaning that they can make a copy of their bitcoin, and use that copy to pay for a good while keeping the real bitcoin to themselves. So to avoid this, bitcoin needs verification of its transactions. So this is where miners come in.

They will verify transactions, or blocks, to make sure that a bitcoin isn’t being duplicated and used multiple times by the same person.

But how do bitcoin miners verify these transactions? So bitcoin miners would need a lot of equipment and powerful computers to calculate something called a “hash”. A hash is a hexadecimal number of 64 digits.

Like a game, the Bitcoin system will set a target hash. Using the computer, the miner will try to find a hash number that is equal to or less than the target hash. And once they find the correct hash, they are now eligible to receive a reward for their work.

Remember that this is basically guesswork, there are trillions of possible solutions, which means that you need a lot of computing power. But here’s the catch, even if you do find the correct hash, you are not guaranteed to be rewarded.

FUN FACT! Around 25% of all Bitcoins have been lost from people losing their access codes. A person once lost 7,500 Bitcoins after accidentally throwing away a hard drive. Today, that is worth about 350 million dollars!

What made Bitcoin so popular?

Bitcoin has lots of special qualities that are better than other forms of digital cash. First, it is decentralized, which means that no one owns it or controls it.

Second, it uses peer-to-peer lending, so no financial institution has to approve or confirm transactions. Furthermore, it is borderless. Bitcoin can be moved around the world faster than regular money. Additionally, it also has lower fees. It is also immutable. It’s nearly impossible to scam or hack blockchain transactions.

Bitcoin also prevents people from double-spending. Double-spending is when you use digital currency more than once, which was a big problem for earlier digital cash platforms.

Therefore, with a limited supply, Bitcoin will have value. This value aspect is what makes bitcoin such a popular choice over others like Ethereum, which has an unlimited supply.

In barely over a decade, Bitcoin’s price has climbed dramatically, from less than $1 in 2011 to moreover $68,000 in November 2021. Its worth is determined by a variety of factors, including relative scarcity, market demand, and the marginal cost of production. Despite its intangibility, Bitcoin has a significant market capitalization, with a total market cap of $1.11 trillion as of November 2021.

Where Can I Buy Bitcoin and what is a Bitcoin Wallet?

You can buy Bitcoin on a number of different online exchanges also some are Binance, Coinbase, Gemini, etc. Bitcoin ATMs, which are internet-connected machines that can be used to purchase bitcoins using credit cards or cash, have already begun to appear around the world. If you have a friend who owns bitcoins, they might be prepared to sell them to you without any sort of exchange.

A Bitcoin wallet is another alternative. It’s essentially a digital version of your regular wallet. Your keys (access codes) in Bitcoin are stored in software that you can keep on your phone, the web, or a computer. You can also put your access codes in cold storage (which is similar to writing them down on paper).

To exchange Bitcoin, you need a private and public key. Public keys are shared with other people so they can send you Bitcoin. It’s kind of like your CashTag or your PayPal username. It’s okay for people to know it.

Your private key is personal. It’s a way to authenticate that you are yourself when trading or receiving Bitcoin. It’s basically like your password where you can access your bitcoin.

Disclaimer: Bitcoin and other cryptocurrencies have a significant degree of volatility. This post’s content is simply intended to be instructive and informative. Always do your research and talk with a financial expert before investing in bitcoin or any other cryptocurrency or making any other financial choice.