Kusama is the Sandbox or experimental network. Polkadot is the older, more mature blockchain network. And they’re both seeking to serve as the connective tissue for the entire blockchain ecosystem.

In this article, we’ll go through what Polkadot and its sister network, Kusama, are and why you should care about this ecosystem as Blockchain technology develops and becomes more widely adopted. Let’s break down.

How do they work, and what problem they’re trying to solve?

Kusama and Polkadot operate on the same underlying network architecture and infrastructure, but they are two separate networks. The fact that the networks are separate yet connected is what makes the ecosystem interesting and potentially very confusing.

Kusama is the experimental but live testnet, the younger sibling network for Polkadot. Polkadot is the mature older sibling network that only allows you access once all the bugs have been worked out on the Kusama network.

All the gamers out there might remember the PC game “Unreal.” And this was the first generation deployment of the “Unreal Gaming Engine” built by Epic Games and launched in 1998.

Since 1998, the “Unreal Engine” has expanded from video games to now powering some of the most groundbreaking film, TV, live events, and even military simulations.

I think of Polkadot and Kusama in a similar manner because they both use the Relay Chain as the network backbone just like the “Unreal Engine.” Polkadot and Kusama are also proof-of-stake networks, which are responsible for network security, consensus, and cross-chain interoperability.

I know that’s a mouthful. Both networks’ (proof-of-stake and proof-of-work) goals are to provide a trust-free environment, where specialized blockchains can talk to one another via the core Relay Chain.

Departing from the structure of the Ethereum network, Polkadot and Kusama networks seek to enable scale by processing transactions across multiple parallel blockchains called Parachains.

And the hope is that this will avoid some of the scalability issues that Ethereum currently has due to the ability to process transactions sequentially.

A footnote here is that the talk you hear about Ethereum 2 is actually designed to allow Ethereum to upgrade itself to do something similar. When people refer to Polkadot or the sister canary network, Kusama, they’re actually referring to the Relay Chain itself.

The Relay Chain is the main blockchain of the Polkadot and Kusama networks. And it’s responsible for the network’s shared security, consensus, and cross-chain interoperability as I stated before.

The parathread and parachain architectures are similar to what we’re now seeing with the blockchain development on the Lightning Network for Bitcoin, and this also will allow Parallel processing. 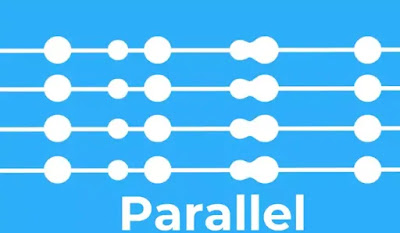 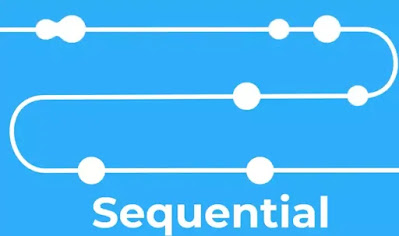 The core proposition of the Kusama, Polkadot Ecosystem is that for the entire blockchain space to grow, it will not just be one blockchain that can do everything in the same way that a single website cannot do everything for everyone that is until Amazon offers both banking and medical services, but all jokes aside.

I think of Kusama and Polkadot as developers’ blockchain, engineers for developers to allow them to build specific use cases in a live environment. And then they can also plug in its core infrastructure and security layer so that developers can focus on building or integrating whatever they want to on top of it.

To me, this is critical because it means Kusama and Polkadot are designed from the ground up with testing, modularity, and expansion in mind so that the protocol can grow and evolve over time with the ecosystem.

And this will avoid the scaling and centralization issues that some consider being negative for the ecosystem. To me, this is a critical point that people often miss. And Gavin Wood, which is the founder of Polkadot and also co-founder of Ethereum, is a developer first.

What Gavin and his team built with the Polkadot, Kusama Ecosystem is a set of tools that have one core goal, and that is Flexibility to make life easier for developers.

When a protocol is easier for developers to interact with, they tend to build cool things on top of that ecosystem that everyday people will eventually really enjoy.

And we’re starting to see this with the explosion of the Polkadot, Kusama Ecosystems. And this is actually backed up by data. Thus a developer with a DeFi idea can build a purpose-built DeFi blockchain, which would be called a parachain in the Kusama and Polkadot Ecosystems.

So parachains can be general-purpose, but most projects would choose to specialize and focus on solving specific problems or serving focus industries, for example, focusing on smart contracts, focusing on oracles, file storage, gaming, DeFi, NFT, Stablecoins, etc.

The goal of the parachain architecture is to make the dynamic nature of technological development easy and create organized guardrails that could otherwise be considered a system of chaos.

The stated goal of the parachain architecture is to allow projects to Build on them, to Transact, Organize themselves, and Govern themselves in a dynamic fashion.

A key feature of the Kusama, Polkadot architecture is that projects have access to the network to those parachains for finite periods of time. The idea here is that there will never be a scenario where there’s dead weight on the network.

So if a project is no longer used, the finite period of time, that mechanism would allow it to be discarded, because, in order to continue, it must have active community support to secure a slot. And parachains are used specifically in this case for significant or time-sensitive functions.

Just to be clear, I know there’s a lot of jargon, so I will go over the actual network structure in a separate article and break down each of the parts. Kusama and Polkadot do two main things. They connect blockchains together, and they secure the underlying networks.

What this means is that you do not build dApps or distributed applications on the Kusama network in the same way that you directly would build them on Ethereum or other blockchains.

This also means that Polkadot and Kusama act as Relay Chain or layer zero blockchains and that every project can actually connect to those layer zeros to create network security and stability. This is the reason for the canary network versus the more mature sibling which I discussed at the beginning.

Once those kinks are found on the canary network, a project can then move over to the Polkadot network if it needs extra security and governance. But a project may decide that they don’t need all those additional bells and whistles, and they can choose to stay on the lighter, more flexible Kusama network.

I think of this approach, again, as really novel because it basically builds in a live beta environment that has real value and money on the line but also has guardrails in place for basic network security.

By using a two-tier network structure, Kusama and Polkadot are engineered to minimize the risk of catastrophic failure or security breaches that have plagued many early blockchain protocols.

And it continues to make headlines with hacks and network attacks on various blockchains. The two-tier network structure builds a level of resiliency that allows for cutting edge development on the one hand in a live environment but a check on the speed of execution on the other hand before networks fully deploy on the more mature Polkadot network.

Alternatively, some projects may choose, as I said, to stay in Kusama because they just don’t need all the security. So what problem is Kusama, Polkadot, what are they trying to solve? So Polkadot is seeking to solve a few core developmental problems that Gavin Wood and the team noticed during his time with the Ethereum project.

To be clear, I do not see this as a zero-sum game. So Polkadot is not designed to be an Ethereum killer or competitor. I see it as, Polkadot having broader ambitions, which is really to be the blockchain that connects all blockchains and serves as the underlying technology for the entire ecosystem.

Of course, this is a very lofty goal, but you know, you have to start somewhere. So what are my thoughts on Kusama, Polkadot? I think Kusama, Polkadot is currently misunderstood as a technology because you’ve got two separate networks, you’ve got a canary network and a more mature sibling network.

And the fact that the architecture is duplicated means that it doesn’t really lend itself to quick soundbites, but I do see this as a core opportunity for real innovation.

Let me know in the comments if you think this article was helpful and what you’d like to see in the future as far as going into deep dives. Thanks for reading.