The fifth generation of mobile networks (also known as 5G) follows the previous versions of 2G, 3G, and 4G. The 5G network is designed to provide substantially higher connection speeds than earlier networks.

Consider a scenario in which fully autonomous cars communicate with each other using 4G networks. A car makes a turn, but the information is only received by another car moving from the front after 45 milliseconds, which is the response time of 4G. This delayed flow of information has likely to result in an accident.

Another instance is when a doctor does an online robotic surgery, but a delayed step can ruin everything. With a 4G network, how can we make self-driving cars and robotic surgery a reality? We’re looking for a data transfer technology that responds practically fast and at a high rate.

The 5th generation of mobile networks has begun. It will not only improve internet speed, but will also enable technologies such as virtual reality, self-driving cars, and online robotic surgery.

We5g is about to come to market, but rumors and myths about it have already spread. Covid-19, for example, can be spread by 5G and will kill all birds and animals. Let’s see how much myth there is and how much science there is.

How will 5G Work?

However, first and foremost Let’s begin with Let’s take a look at the history of mobile networks to get a better understanding of 5G. It is a wireless data transmission (transfer) method that uses radio waves. Like visible light, it is a form of electromagnetic radiation.

When 1G was introduced, we were able to interact wirelessly with anyone. We could send audio and textual messages using 2G. The third generation brought the internet revolution, allowing us to communicate voice, text, video, and image messages, among other things.

Generations of mobile networks are represented by these G. These facilities get faster and better after 4G. Then there’s 5G. 5G refers to the fifth generation of mobile networks, which involve a variety of technologies to improve data transfer speeds.

In 5G, the energy or frequency of waves is substantially higher than in 4G. However, there is a problem: the higher the frequency, the shorter the distance it will travel. As a result, companies will need to build many more towers in order to reach every device.

Another drawback of greater frequency is that it can be readily disrupted by anything, such as a tree, rain, or a building. Beamforming may be the answer to all of these issues;

its name accurately describes what it does: it beams waves just in the direction of the device, as opposed to traditional towers that distribute waves in all directions. 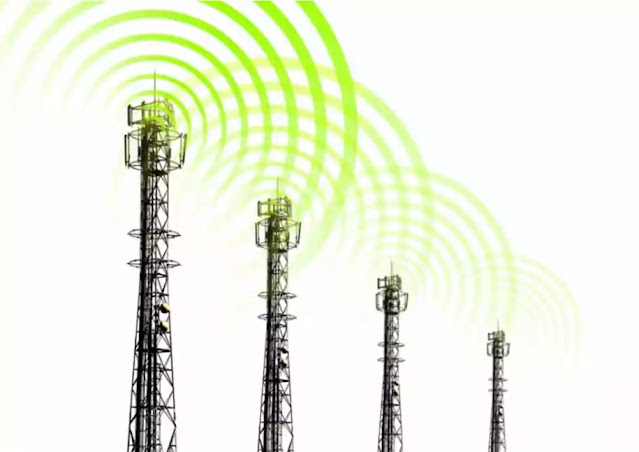 With these solutions including several additional technologies, 5G will be able to deliver speeds of up to 10 gigabits per second. It’ll be like downloading a 3 GB movie in 4g in 8 to 10 minutes; you’ll be able to complete it in a fraction of a second.

It’s clear that when we say 5G is the future, we’re not talking about downloading movies quickly. 5G will be capable of handling the most advanced future technology, such as self-driving cars, rapidly smart cities, and robotic surgeons, among others.

This will allow a doctor to perform surgery online by controlling a robot from a different city or location. I just hope the internet doesn’t go down when I’m having surgery.

Is the Radiation of 5G Dangerous?

Let’s go on to the most interesting part: the rumors of 5G radiation. Is it truly dangerous or just a myth?

Any mobile network, whether 5G, 4G, or any other, is wirelessly transmitted using radio waves that are totally safe to use.

Radiations such as UV rays, x rays, and gamma rays, on the other hand, present a genuine threat. The frequency or energy of these rays is so high that they can remove electrons from your body’s atoms, causing chemical connections to dissolve and DNA to be destroyed.

As a result, cells develop in an uncontrolled manner from all directions. This is what we refer to as cancer. Although 5G uses more energy radiation than 4g, it still belongs to the radio wave region of the electromagnetic spectrum, indicating that it has very little energy to harm your health.

So, if you or a family member is concerned because of a WhatsApp message regarding 5G, relax. 5G will not damage any of us, including animals or birds. However, people’s fear of radiation is natural.

Every new technology undergoes a period of suspicion and concern. People even formed a conspiracy out of it when the first trains started running. Rumors have spread over the world that high-speed travel causes diseases.

It now appears funny that people thought this way, but it was new to them, just as 5G is new to us, and in 50 years, people will make fun of us for thinking 5G was harmful.

If the radiation level stays within the range of radio waves, it is harmless; but, if it rises to the level of x rays or gamma rays, it presents a risk to humanity as a whole.

It is harmless if the radiation level remains within the range of radio waves; however, if it rises to the level of x rays or gamma rays, it presents a threat to humanity as a whole.

2 thoughts on “Is 5G Network Radiations Are Really Dangerous For the Ecosystem? 5G Technology Explained”