Blockchain is a decentralized digital ledger that records a source of digital assets. Participants can confirm transactions using this technology without the requirement for a central clearing authority. Potential applications include financial transfers, trade settlement, voting, and a variety of other difficulties.Blockchain and Cryptocurrency were in the news for reaching new value heights. From being worth a couple of cents Bitcoin in 2008, In the present, it was worth more than $60,000.

Bitcoin is a kind of cryptocurrency that uses blockchain technology for its exchange and distribution. This technology, in turn, is one of the biggest disruptors in the world of finance today. Let’s understand Blockchain and Cryptocurrency.

Data today is a powerful tool that can be used to do wonders. But if this data is stored in a centralized place, it is vulnerable to attacks and thefts. Blockchain offers an alternative to this. Blockchain technology enters the records of your transactions at multiple digital entities. Each of these entities becomes a part of a decentralized ledger.

This is similar to the ledger that your bank has for your credit card transactions, but here the ledger is not held with a central authority (i.e. your bank), but thousands of copies of this ledger are distributed all over the network. Each and every part of the network i.e. humans acting through a computer can verify the transaction.

Let’s understand this by an example. A sends some money to B using the blockchain network, a new entry is created which needs to be agreed upon by every person who is a part of the blockchain.

It is just like A and B having some hundreds of friends around them, who watch A send the money to B and then verify whether the details of the transaction such as the amount of money transferred are correct or not.

Every such transaction remains a part of the ledger forever, which means an entry to the ledger cannot be removed. It remains there till perpetuity Thus there is no central authority involved. No bank, no government, no notary.

In short, no middlemen through which the transaction needs to be routed through So what if we have a rogue in the blockchain who tries to tamper with the records and tries to modify or change the entries of the distributed ledger.

Well, the nature of the blockchain makes it impossible for our troublemaker to do so as this modification would be rejected by all the other computers that verified the transaction. Hence, a blockchain lacks a central point of vulnerability. Instead of having to breach just one server or computer, our rogue guy can cause trouble if only a majority of the network is compromised.

Bitcoin is a cryptocurrency or digital money which can be used as a currency while making a transaction using blockchain. It is not a physical coin. One can own multiple coins or even one-thousands of a Bitcoin Bitcoin is not the only cryptocurrency that is available to trade-in. There are other cryptocurrencies as well. Some popular examples are: 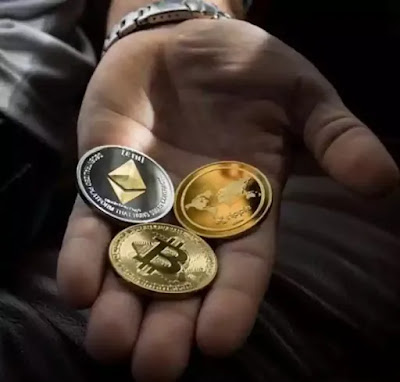 But another question arises now. If there is no bank, where is all the digital money stored? All the money is stored in Digital wallets. Each digital wallet has a wallet address that is similar to your bank account number.

A public key (a long, randomly generated string of numbers) is a users’ address on the blockchain. Bitcoins sent across the network get recorded as belonging to that address. The ‘private key’ is like a password that gives its owner access to their bitcoin or other digital assets.

No one knows who created the Blockchain and bitcoin. Well, we do have a name though. Satoshi Nakamoto is the name used by the unknown person or people who designed bitcoin and created its original reference implementation.

As part of the implementation, they also devised the first blockchain database. No one knows who Satoshi Nakamoto is or where he or they resides. At this point in time, you might think about what is so incredible about a group of people known only by their unique keys verifying and enabling digital transactions?

While the whole idea of anonymous transactions might seem shady, it brings with it a whole new level of transparency like no other. It is almost like an oxymoron, but a very helpful one in our case. Let’s see some examples where blockchain technology might bring about a revolution.

This can be used to make a transaction of almost anything digital. Think about it, blockchain technology can be used almost anywhere where digital multiplicity or digital copying has to be avoided.

Every vote cast remains a part of a digital ballot box that cannot be hacked or altered. Duplication of votes can also be prevented and voter identity is protected. Forbes has called this technology a global game-changer. Now that technology is adopted by many political parties.

Our Energy in the future: A group of households in Australia traded excess solar energy that each of them generated with their neighbors using blockchain. The amount of energy shared could be verified by the other members of the neighborhood and part of the blockchain.

Here are the Sectors where the technology impacts are enforced to make the Government work more efficiently. 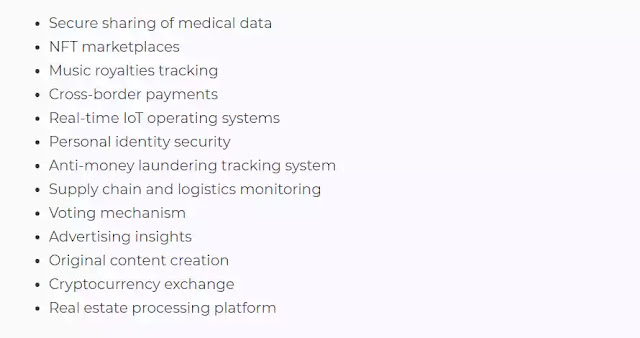 19 thoughts on “The Blockchain Technology and Cryptocurrency”