Wind turbines are generally the first thing that comes to mind when thinking of renewable energy. They’ve progressively grown into an icon of the environmental movement, with many seeing them as the future of renewable energy and a key instrument in the protection of the environment.
Are they, ultimately, the energy solution that we need? For thousands of years, we’ve been harnessing the power of the wind. Crushing grains and pumping water turbines have progressed from humble beginnings to currently powering most of the world around us.
Turbines today produce 50 times the power they produced in the 1990s. This means that a single rotation of the blades on the latest turbines could power an average UK home for 24 hours.

How do they function?

The kinetic energy of the wind is converted into electricity through turbines. The turbine’s blades are spun by the wind, which turns the generator, which generates power. Wind power has huge potential.
Every day, the wind generates enough energy to meet our Global Power Demand 35 times over all over the world.
Turbines of the 1990s had an average height of roughly 40 meters. They’ve progressively expanded in size over the previous 20 years, with the largest in production reaching a height of 260 meters. 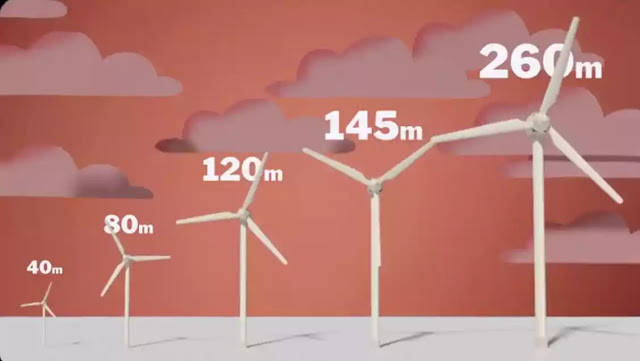 Moreover, the bigger cross-section allows the blades to rotate at a slower speed, reducing noise while increasing power production.

Do they make a lot of noise?

Some people were concerned about noise pollution when wind farms started appearing all across the country, but modern turbines only produce a maximum sound of around 100 decibels. When you consider how volume decreases with distance, the noise concerns quickly decrease.
The largest land-based wind turbines stand at 200 meters. Noise levels at ground level are only around 60 decibels at that height. In terms of renewable energy, the UK has a lot better set-up for wind power than it does for solar.
As we can still produce electricity during our dark winters when we need extra power for heating, and we’ve previously seen wind power operate well in other countries.
In 2019, Denmark generated 47 percent of its annual electricity needs from wind in a single blustery 24 hour period. It was able to meet 140 percent of its daily energy needs.
They were able to sell the extra electricity to their close neighbors Germany, Norway, and Sweden because of the overproduction.
Many other countries are following suit, with wind farm production in Germany and India growing rapidly.
While all of this sounds exciting, wind turbines aren’t perfect in their current state. While not exclusive to the manufacture of turbines, the demand for Earth elements required in that production has increased.
Also Read: The Most Important Inventions in the Last 20,000 Years That Have Changed Human Life 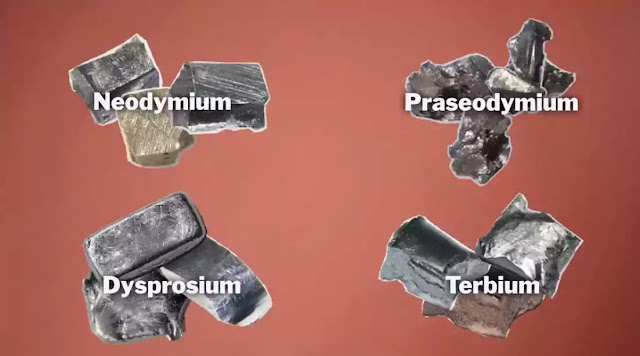 As wind power becomes more popular, demand for these rare elements will continue to rise. We must make every effort to ensure that these elements are generated in a fair and environmentally friendly manner.
As history has shown, when an existing limited element is in high demand, it frequently coincides with human rights abuses. Fair and sustainable practices must be the foundation of sustainable energy.
Wind farms and solar turbines have both faced opposition when built on the property, with a minority of residents believing they are an eyesore. The largest, however, are all found offshore due to their massive sizes.
Wildlife can also be harmed by turbines. The equipment necessary to build offshore wind farms can have an impact on marine ecosystems, and birds can be injured by spinning blades both on land and at sea.
While this is a sad reality, it only accounts for a small percentage of total bird deaths. This problem can be mitigated by proper turbine positioning, and a Norway study indicated that painting one of the three blades blocks can reduce bird deaths by up to 72 percent.
While there are some genuine issues that a shift to more wind generation would need to address, it represents our best hope to wean the UK off fossil fuels.
Also Read: Artificial intelligence (AI) and the Technological Singularity | Their impact on human life

One of the most cost-effective renewable energy sources is wind power. As the globe moves away from fossil fuels, the rise of the industry represents a tremendous chance to create jobs and a fair means for workers to transfer from polluting to clean industries. Its Source of energy is both renewable and clean.